The free market and equality [en] 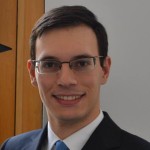 One of the great issues of today concerns equality among human beings throughout the world. This question rises in light of the great differences that exist among citizens of different countries and among citizens of the same countries in income, social mobility, welfare and general prosperity. There have been countless debates on the reasons of the current situation and on the measures that would best solve the problem. A rising point of view places the blame for our current predicament on free market capitalism, and its inevitable degeneration into a system were a few greedy individuals benefit at the expense of the rest of the population, increasing inequality until it reaches a breaking point.  In truth this view is nothing but an elaboration of Karl Marx’s thought on capitalistic exploitation. Globalization, the fall of the Communist Bloc and the acceptance, on paper, of free market principles virtually worldwide have given new impulse to this view, as capitalism seems to be the only economic ideology operating in the world, and therefore the sole responsible for all of its woes. Scholars such as Thomas Piketty, philosophers such as Amartya Sen and public figures such as Pope Francis have spoken clearly against inequality born out of a society that places profit before anything else. While I agree that escalating inequality is not a sign of a healthy society, be it at the national or global level, and also agreeing that indeed capitalism in certain forms has produced the aforementioned negative effects, I will try to argue here that a society adopting true free market principles will not only have the basis for a great increase in individual freedom, but also a powerful tool in avoiding inequalities by improving the lot of those that are worse off. I will start by describing such a society and how it could evolve into a free society, then I will explain what type of equality it would be aiming at and finally I will conclude by addressing some of the problems free market capitalism apparently has.

The free market and society

The principles of the free market are extremely simple: all prices for goods and services are determined by demand and supply and there exists no barrier on the flow of those goods and services. Historically, adopting a free market has always been one of the conditions for the development of free societies. Not a sufficient condition per se, yet a necessary one. For that reason there have existed, and still exist, many societies that are not to be considered free, despite possessing a free market economy. These will have a chance of gaining increased levels of freedom because the free market requires for its optimal operationalization the highest degree of freedom possible; this increased request for freedom will create pressure on the oppressive forces, forcing them to relent, and allowing the transformation into a free society. Of course, while in theory there should not be any limits to the amount of freedom granted to each individual with a free market operating, this is usually tempered by stating that absolute freedom of action stops exactly when it would reduce the freedom of others: in simple terms there is a non-harm principle in operation, supported by law and enforced by courts. A minimal state that serves a free society operating in accordance to the laws of demand and offer is the ideal result of the free market in operation and at the same time the environment in which it would thrive. This kind of society is obviously a very individualistic one, accepting the single human being as its basic unit. Each individual is accountable for his actions and responsible for his successes and failures. It functions on the acceptance of a simple consideration on human nature: that almost every human being is driven by “greed”. It is not exclusively a greed for material goods, but a general desire for the improvement of one’s condition of living in all aspects. This desire covers also the almost universal wish for the improvement of the conditions of living of one’s family, especially the children, and it has been observed throughout the world and throughout history. A fundamental point to be kept in mind is that for this aspiration to succeed, it must not necessarily lead to the improvement of one person’s condition at the expense of another’s. On the contrary, far from being a zero-sum game, the free market aspires to be a positive-sum game, in which the greatest amount of people achieves success.

Which kind of equality

Having clarified what are the elements of a free market and of an ideal free society, we can see what type of equality it would strive to achieve. The answer cannot be an equality of outcome, but rather an equality of opportunity. Outcome is irrelevant because the free market accepts the fact that some people are born with a set of particular benefits that may set them above others in a particular field, while others may have handicaps that make them less capable in other fields. These do not necessarily include debilitating handicaps or super-human skills, but also mundane ones, such as possessing a good singing voice or being tone-deaf, being born in a wealthy family or in a poor one. It is accepted that each individual is unique and different from every other one, so if these benefits or handicaps do not infringe the non-harm principle they are accepted as representing the variety of humanity. This particularly includes those that are given by one’s family, including inheritance: as the wish for improvement of the kin is universal, any benefit or handicap is irrelevant as long as they follow the non–harm principle. What is important, instead, and necessary to achieve equality of opportunity, is that everyone should be able to pursue any option in life regardless of his or her background, race, religion or other similar differences. Freedom of choice, unhindered, is at the heart of equality of opportunity. The path that everyone chooses should depend exclusively on inclinations and aspirations, and the degree of one’s success should depend on merit, skill, and determination alone. If measures to hone one’s skills are provided by society, then they must be equally available to all. Lack of such access, for instance the lack of high quality education for any other circumstance but choice, would be a breach of the non-harm principle and cannot be allowed under a free market. Equal opportunity means therefore that any benefits provided by society should be equally provided to all, that there should not be any constraints or limits to ones desires, and that all individuals should be free to choose. Whether these choices result in success or failure is not a concern of the free market: despite preferring success for all, intervention to redress failures can occur only if the non-harm principle is violated.

What presented above would seem to be a utopian society. History has proven however that sufficiently similar events are not impossible: poor countries such as Singapore or South Korea have gone through long periods of authoritarian/paternalistic rule accompanied by the development of a free market economy, only to achieve political freedom and an enormous increase in the well-being of all of their citizens. The free market acted both to improve material well-being and freedom. Although open to criticism, and welcoming it for its own improvement, there are two fundamental points that must be taken into account before moving criticism to this model. Firstly, around the world there are countless examples of systems operating under the name of market economies that could not be farther away from the true meaning of the term. Any instance of corruption, of crony capitalism, of shady deals, of political maneuvering by special interests are enemies of the free market, as they violate both the non-harm principle and the equality principle, by granting special favors not based on merit –therefore depriving those who would deserve them – and allowing few individuals to decide for others – thus depriving them of their freedom of choice. Secondly, there are the objections that the free market does not help those worst off. On the contrary, it allows anyone, regardless of origin, to improve his lot if possessing the skill, ingenuity and persistence required. The “self made man” is the embodiment of this. Of course, the free market is far from perfect in helping those at the bottom, but it is relatively better than other systems it substituted over history. For instance, Joseph Stiglitz has argued, to demonstrate that the free market has not achieved social mobility in the USA, that only 58% of the children born in the bottom quintile of the population manage to improve their lot. Although other factors, such as education, play a large part, it would be interesting to wonder how much lower that percentage would be if America were not a free market system, and that in any case the majority of those children did indeed improve their conditions. The free market therefore aims at promoting choice, equality of opportunity and merit. It is a system that operates at best in a free society, while promoting ideals of freedom in an oppressed one. It relies on the acceptance of the values of individualism, self-reliance, and self-responsibility and therefore may not be the most popular model to promote equality, but it can and indeed has been instrumental in materially uplifting millions of human beings all over the world.

Friedman, Milton and Rose “Free to choose: a personal statement” (1980)