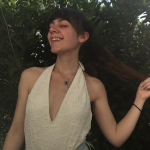 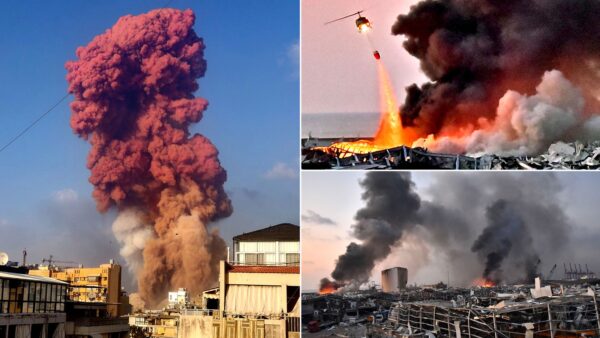 While the world has only eyes for the pandemic of Covid-19, Lebanon’s economy is collapsing. According to the World Bank, the Lebanon crisis is the worst financial crisis that our planet has experienced in the last centuries. Lebanon’s GDP plummeted from about US$55 billion in 2018 to US$20.5 billion in 2021, while real GDP per capita has fallen by 37.1 percent. Indeed, we are in front of an economic, but mostly humanitarian catastrophe.

A third of the population is living below the poverty line and the only way some families are surviving is by relying on money transferred from their relatives working abroad. The typical monthly income of a family is now only barely enough to pay for a weekly grocery bill, due to the constantly rising inflation rate. Because of a very strict capital control strategy, the banking system has forbidden to withdraw money and it’s not lending any credit. The health system is also at worrying levels because of unavailability of basic medicines. In addition, the social environment is worsening due to lack of provision of fuel, leading to scarcity of electricity in many parts of the country. Suddenly, people must start changing their way of living, while they cannot even imagine how their future will look like, as their country is falling down.

This huge crisis, according to many, has a lot in common with all the other past crises: despite the premises of this crisis have developed slowly, the situation has been evolving and now collapsing very quickly. When the civil war ended in the 90s, the country decided to tie its currency to the US dollar, instead of letting the global financial market determinate the value of the Lebanese lira. Specifically, Lebanon’s Central Bank stated that they would keep 1,507 Lebanese lire equal to 1 dollar.

The economic strategy chosen to fix the exchange rate between the Lebanese lira and the dollar brought stability to the country. However, to realize it, Lebanon’s bank should hold a large amount of U.S. dollars.

At the beginning, attracting dollars was quite easy, however, after the global crisis of 2008 and the Syrian civil war among other political tensions in the Middle East, things changed. At the same time, the Hezbollah group started to have more and more power and cause a sharp decrease in foreign investors, given that the U.S. considered them a terroristic organization. To overcome this adverse period, Lebanon’s central bank came up with a plan consisting of banks offering an annual interest of 15-20% to anybody who would deposit dollars. These terms were very generous and hard to keep up with, hence the only method was for the central bank to borrow from commercial banks at above-market interest rates to pay back its debts (Ponzi Scheme) and maintain the Lebanese lira fixed exchange rate with the US dollar. Unfortunately, once people realized what was going on, everything started falling apart and in 2019 they were no more able to withdraw their money from the bank accounts.  As a result, even if the exchange rate has remained fixed with the dollar on a formal level, on the substantial one the value of Lebanese lira has plummeted by more than 90 percent since the collapse of 2019 bringing up the annual rate of inflation to more than 100 percent this year, causing the whole economy to plunge.

As if it were not enough, there are at least three other reasons why the country is now facing this terrible crisis: the tax imposed on WhatsApp calls, the covid-19 pandemic, and the explosion in the port of Beirut.

In 2019 the government imposed a tax on all WhatsApp calls, making them very expensive, in a hopeless attempt to raise some money. The outcome was a mass of furious and violent people protesting after this decision has highlighted iniquities between Lebanese families more than ever. This made the political situation looking unstable, leading to a further lowering in foreign investments. Secondly, the arrival of the Covid-19 pandemic has hurt the already unstable and vulnerable Lebanese economy, especially because of the drop in tourism, the leading and fastest-growing sector, amounting for almost 20% of the GDP. Lastly, the huge explosion in the port of the capital, Beirut, the 4th of August 2020 killed more than 200 people and destroyed several neighbourhoods. Lots of families found themselves homeless overnight. Straight away after the explosion, the World Bank Group, in cooperation with the United Nations and the European Union, launched the Beirut Rapid Damage and Needs Assessment (RDNA) that estimated a range between US$3.8 and US$4.6 billion of damages, with losses to financial flows between US$2.9 and US$3.5 billion, with an expected cost of reconstruction between US$1.8 and US$2.2 billion. Furthermore, the country has been without a proper government since the explosion until two months ago when Naijb Mikati has become the role of prime minister again after having been in charge of the same role twice.

It is clear that Lebanon was breaking apart even before the current economic crisis: alongside the poor economy, the biggest concern of the country is still the wealthy political elite that only cares about enriching itself. As a consequence, in the near future, it is going to be crucial for Lebanon to demonstrate some capability to enforce a macro-financial stability strategy, that should be aimed to reconstruct the public debt and the financial sector and to implement new monetary policies to achieve international confidence in order to reach stability, while, in the medium-long term, Lebanon should focus on the huge social issues that are affecting society, such as inequality, corruption, physical reconstruction s, all on the way to build a country with stronger institutions and better governance.